There is nothing like Summer in the Hamptons to pique equine interests and see some of the world’s finest horses in action. From the exhilarating, heart-pounding excitement of the Southampton Polo Club to the glitz of the Hampton Classic, the East End is unparalleled on the outdoor show riding circuit.

An Equine Traditon The Classic as we know it today began in 1976. But its roots trace back to the early 1900s when an annual horse show was held in Southampton off First Neck Lane overlooking Agawam Lake. The event was held every year until the outbreak of World War I. It returned in the 1920s at the Southampton Riding and Hunt Club which had its headquarters north of Southampton Village on a property along Majors Path. The show was held every year throughout the 1930s, but it came to an end in the 1950s when the Southampton Riding and Hunt Club broke up. At that time the role of the Majors Path farm as home to the Hamptons’ prized horse show came to an end.

Even after the disappearance of the show, riding remained popular in the Hamptons. By 1970, several horse farms were established on the East End including Stony Hill Stables, the Topping Riding Club and Swan Creek Farms. These farms held small unrecognized shows and were also the first ripple of an equestrian wave that would steadily crest across the Hamptons over the next half-century and resulted in the Hampton Classic Horse Show During the 1980s, the Classic became an entrenched part of the Hamptons social scene. The excitement is most palpable on “Grand Prix Sunday.” But despite all its gloss and celebrity flash, the Classic’s true foundation is the surrounding community. The rise of the local riding scene has paralleled the rise of the Classic. What was once home to a handful of small stables has grown into a horse-riders paradise with large equestrian estates.

Steeped In History Every so often, a real estate agent has the opportunity to list one of the Hamptons’ stunning equestrian properties boasting acres of open space with beautiful pastures, expansive fields and breathtaking homes to match.

One of the largest horse farms in the Hamptons today is Two Trees Stables on Hayground Road in Water Mill. Originally constructed as a farm in the early 20th century, the property was previously known as the old Carwytham Farm. When David and Jane Walentas purchased it from the Baldwin family in 1993 they undertook a major restoration and expansion of the property.

Today, Christopher Burnside, an Associate Broker with Brown Harris Stevens, has the listing on this coveted 65-acre equestrian estate. Two Trees Stables is known as the former site of the Mercedes-Benz Polo Challenge. The estate features three horse barns with tack rooms, lounge and bathrooms, two indoor riding arenas, an extensive staff quarters and acres of paddocks and polo fields.

Whether you’re looking for a gentleman’s farm with a few stalls, a state-of-the-art equestrian estate or a facility with polo fields, the Hamptons offers it all. Dana Trotter, Associate Broker and Senior Global Real Estate advisor with Sotheby’s International Realty, who has been an avid rider all her life says, “working with a broker who understands the intricacies of properties tailored for show jumping, polo, dressage or even a lovely gentleman’s farm will save time and frustration for the buyer.” Also, many farms are not officially listed, so it helps to be active on the scene to find off market opportunities.

A State of the Art Estate Campbell Stables, located south of the highway in Bridgehampton, is recognized as one of the finest luxury equestrian facilities. The property was developed on 20 acres of prime agricultural land by current owner and shoe mogul Bob Campbell of BBC International in 2015. “The design and development of this venue was fueled by a love for horses and the sport,” says Faye Weisberg, a seasoned broker with Saunders in Bridgehampton, who has the listing for $40 million. The stunning equestrian estate sits on 18 acres and is comprised of five structures that are configured around a central courtyard. The traditional façades have white clapboard with hunter green standing seam roofs and crimson red window muntins and mullions.

For those who love equestrian events like the prestigious Hampton Classic—and wish to live a true Hamptons lifestyle—these properties embody what it means to love horses and the East End. 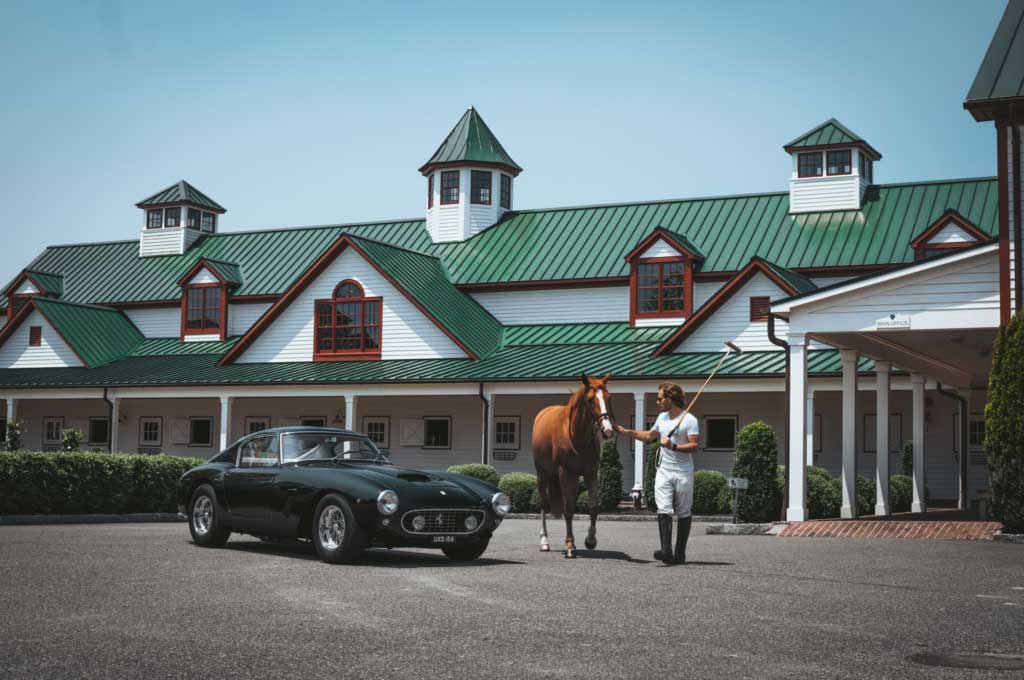 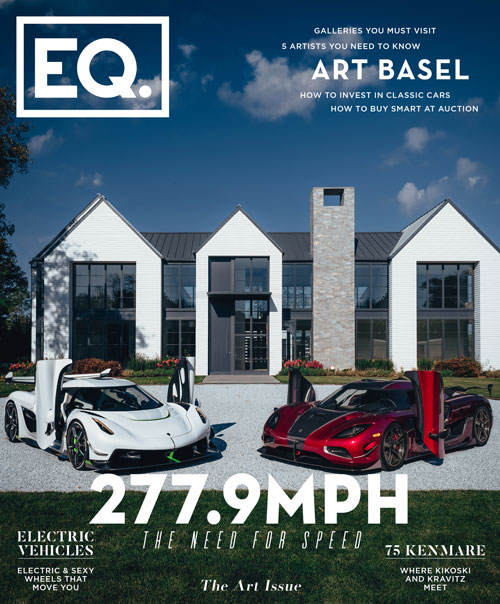