It doesn’t matter where you live, New York, the Hamptons, or the Vineyard, construction is everywhere. While it is a nuisance when a new building is being constructed, or when a new piece of infrastructure is being added, what is worse is when the site doesn’t change, week after week, month after month, or worse yet year after year. It has been said that “no one plans to fail, they only fail to plan”. That seemingly convenient adage is typically said after-the-fact, following countless developers and land owners that have attempted to navigate the roller coaster ride known as commercial construction. Even with a coordinated plan, things still go wrong. It is certainly the norm and not the exception that construction projects are delayed. Reasons for these delays can include weather, unforeseen conditions (sometimes literally buried), plans coordination, poor staffing, etc.. the list goes on and on. What can be done about these delays? Better yet, we can consider the more useful question and ask if there are any telltale signs that indicate troubled waters ahead?

The following are the most common early warning signs that tend to be seen on problem construction projects accompanied by a few suggestions on how to identify them. These are indicators that there may be issues, and it is encouraging that, as developers and real-estate minded people, we can start to ask the tough questions to head off a problem project. A proactive approach is always recommended and like in most things, communication is key.

Vacant site, poor staffing
If when inspecting your site, you notice that the number of workers is low on a day-to-day basis, this could indicate that the general contractor does not pay well or is cash-strapped. This could lead to further poor staffing, liens, and quality issues. A developer should try to request lien waivers from their GC and subcontractors, preferably on a 2- or 4-week look ahead and perform more frequent site visits. A discussion with the GC regarding the workers and construction quality may also be merited.

The GC has high turnover
Workers vote with their feet and people don’t leave when they are happy and fulfilled. This will impact productivity and there could be sabotage and poor morale. Address this head on with the GC.

Poor building trade coordination
If a site has inefficient supervision and/or overseeing staff are not present, especially with multiple subcontractors on site, delays are bound to occur. When more than one subcontractor is attempting to work in the same space at the same time, one will have to delay their work. This postponement can cause further delays if a subcontractor must reschedule, setting off a daisy-chain reaction of interruptions. Cost overruns are bound to happen if a subcontractor’s work has to be removed and redone because its completion blocked the access point for another contractor. A qualified superintendent is the leader and is one of the most critical individuals driving the project towards a successful and timely completion.

Product and installation quality are poor
If on a site inspection the developer or worse yet, the Bank’s inspector, notices that the GC may be downgrading specifications and labor to save some extra dollars, they should be very wary of value engineering. Communicate proper specification adherence and confirm that proper inspectors are examining the performed work before walls and ceilings are closed.

A poor housekeeper
A messy site is often a sign of oversight issues which can lead to accidents, stop work orders, rats, low morale, etc. Insist on daily, weekly, and monthly checks and logs and additional laborers. A clean and tidy site is a safe site, and an efficient site.

The job has unsafe conditions
Safety violations and dangerous worker conditions can jeopardize the development of sit with just one accident. If Personal Protective Equipment (PPE) is not being used, fall protection is missing, and workers in elevated locations are not tied off – these are all red flags and should be addressed immediately.

The GC is change order happy
Many change orders, even ones with small amounts, add up and could mean the GC has improperly budgeted and planned. Design professionals and consultants need to verify the scope of the project and agree upon unit costs up front (like cubic yard per concrete of underpinning). A developer should have agreed upon mark ups for General Condition, Profit, and Overhead. Many banks charge additionally for change orders, and require further inspections, which could delay the development.

The project can’t close out or continuously fails municipal inspections
When plumbing, framing and other municipal inspections are failing it could signal a much deeper problem like poor trade coordination, oversight, or lack of skilled trades. Start tracking close out requirements well before the project is completed. Most building inspectors are reasonable, but clear communication is a must. 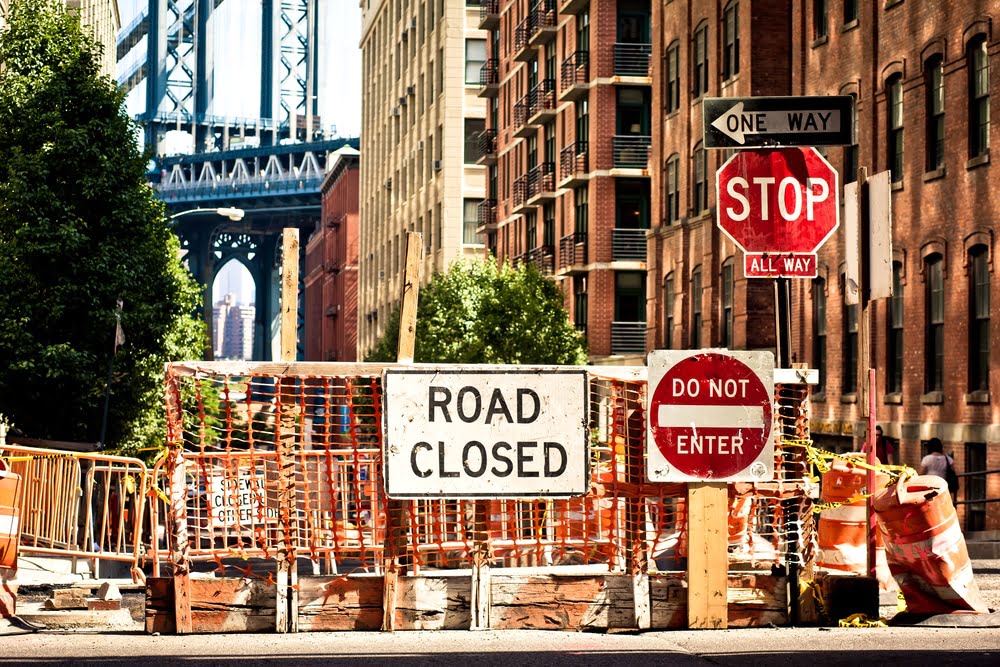