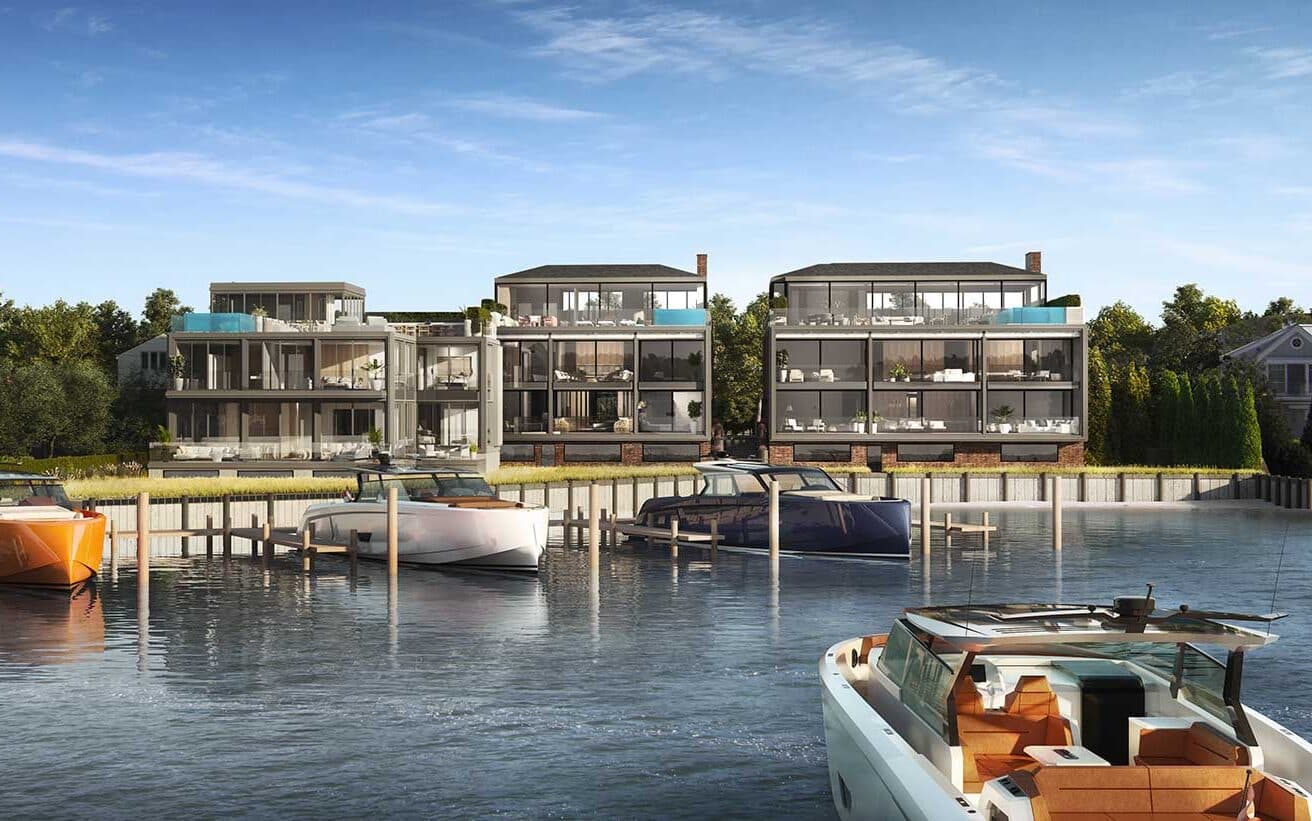 What makes the quaint and beautiful fishing village of Sag Harbor the center of year-round fun in the Hamptons? Simply put, it’s the lifestyle.

With roots planted firmly in the 19th Century, the village invites all who visit to walk its historic streets anywhere they want to go. That walk might transport them to the sparkling Sag Harbor waterfront. Or it could carry them to any one of the growing number of outstanding restaurants in town, from Tutto Il Giorno to Le Bilboquet to such perennial local favorites as The Beacon, Sen Japanese Restaurant and The American Hotel.

Now Sag Harbor is about to grow even more enchanting. Remaking the waterfront will be a 1.25-acre park on Ferry Road and a newly approved three-townhouse waterfront development on 2 West Water Street, from local developer Jay Bialsky.

Two centuries ago, Sag Harbor was a whaling and shipping capital. With the decline of whaling and the 1870 launch of the Long Island Railroad’s Sag Harbor branch, the village evolved into a summer resort town, and later a World War II-era shipyard center. Its industrial past now a distant memory, the village has transitioned into a favored retreat over the past 15 years. Today, it’s the Hamptons’ hottest, strongest real estate market.

Recent developments include the 2014 repurposing of a 135-year-old Bulova Watch factory into the Watchcase, a blend of lofts and townhouses. Across town, developers transformed an old motel into Baron’s Cove, a glorious resort epitomizing Sag Harbor’s waterfront revitalization. Of earlier vintage is The American Hotel, converted from boardinghouse and saloon into a Sag Harbor icon 40 years ago.

The big news in Sag Harbor these days regards a fresh new waterfront development on waterfront land at 2 West Water. Long a civic embarrassment, the site for years had housed a dilapidated, moldering structure known as the 1-800-LAWYER building. The ramshackle hovel had served as condos, then as a single-family residence. Over time, it had eventually decayed into a vacant blight on the otherwise picturesque shoreline.

Two previous developers had attempted to create something new on the parcel but had been met with abject failure. Among reasons for those bungled attempts was the density of proposed developments on the land, the first for 18 residences, the second for 13. Not surprisingly, the number of residences proposed led to sizable resistance from village residents and officials and sent the fledgling efforts to a quick and certain defeat.

As they say, the third time is the charm. Local real estate veteran Jay Bialsky, for 25 years a successful single-family home developer, bought contiguous waterfront lots at 1, 3 and 5 Ferry Road—as well as the parcel at 2 West Water Street—becoming the third developer to attempt a project on the site.

What had not been accomplished in 12 years Bialsky managed to pull off in fewer than a 12 month span. Less than a year after taking the reins, Bialsky had won village approval for a new development of three waterfront residences and a half dozen 50′, deep water boat slips (two slips per residence).

As a result of several variances, the four-story homes will feature below-garage parking as well as rooftop pools and outdoor decks on each level. Including both interior and exterior space, the residences will range in size from 11,000 to 16,000 square feet. From their high-end designs to their astonishing features and finishes, the residences are intended to appeal to the discerning tastes of a global elite seeking a “Cote d’Azure of the Hamptons.”

The waterfront residences lower density and unique design proved one key to approval. Another key was the agreement Bialsky forged to sell a portion of the parcel to the village of Sag Harbor for a 1.25-acre park. That green oasis will spread across part of the Ferry Road parcels, while the trio of highly distinctive homes will fill the Water Street address.

“Creating open space with the park and clustering the development on 2 West Water Street was a win-win for both the village and I,” Bialsky says. The park will face the prominent Sag Harbor Bridge to North Haven and serve as a much-appreciated village recreational resource.

While Sag Harbor is no stranger to new construction, the village has yet to see anything like the development Bialsky intends to build.

“We lived on Mid Ocean Drive. We sold our home on the ocean to move to Sag Harbor with the intention to live in one of these residences. We love the boating lifestyle of Sag Harbor. It’s easy, efficient and fun. Being able to access deep water within two minutes gives us more time for adventure on the water without ever sitting in traffic.”

The buyers of the two other homes will be able to totally sidestep any requirement of driving to the water. They’ll be able to board a seaplane on Manhattan’s Upper East Side and glide to a landing 40 minutes later on the Sag Harbor waterfront.

“After landing, the owners will be met by their captain and brought directly to their personal dock,” Bialsky said. “The owners will step from their dock into their home and sip a cocktail at their rooftop private pool while admiring the sunset. They’ll have dinner at one of Sag Harbor’s waterfront restaurants. The Beacon Restaurant is just one property away. Over the next two days, the owners will enjoy all the Hamptons has to offer, whether on land or water, and fly back Sunday afternoon without ever having entered a car.”

Equicap has been a participant in the project since the initial acquisition of the property in 2005, having arranged acquisition and construction funding for the developers. Terming Bialsky “a perfect fit for this project,” Equicap founder and managing director Daniel Hilpert said shepherding the project has meant overcoming a number of hurdles. “But through the efforts of Jay Bialsky,” he said, “We’re poised to move forward with a waterfront development every bit as gracious as Sag Harbor itself.”

According to Bialsky, “Due to the rarity, this is a once-in-a-lifetime experience. Only two additional families will have the rare opportunity to enjoy this lifestyle.” 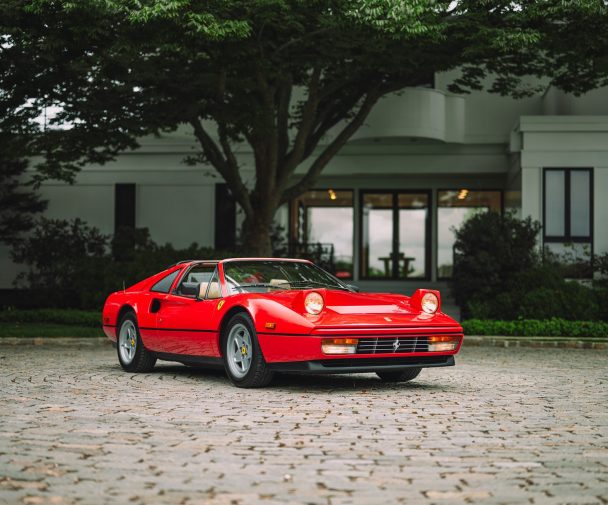 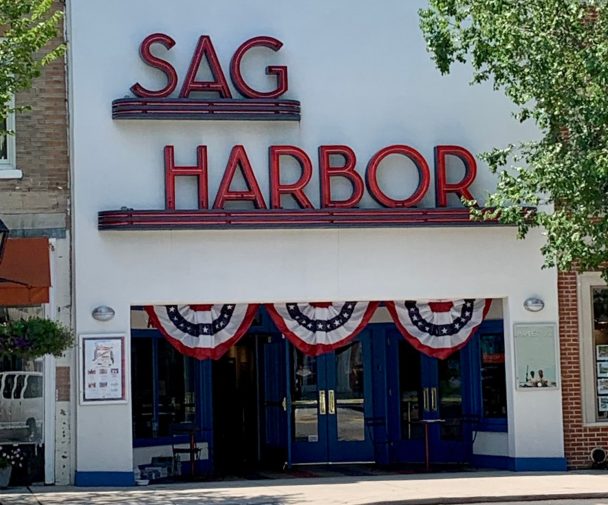 An event of art and passion