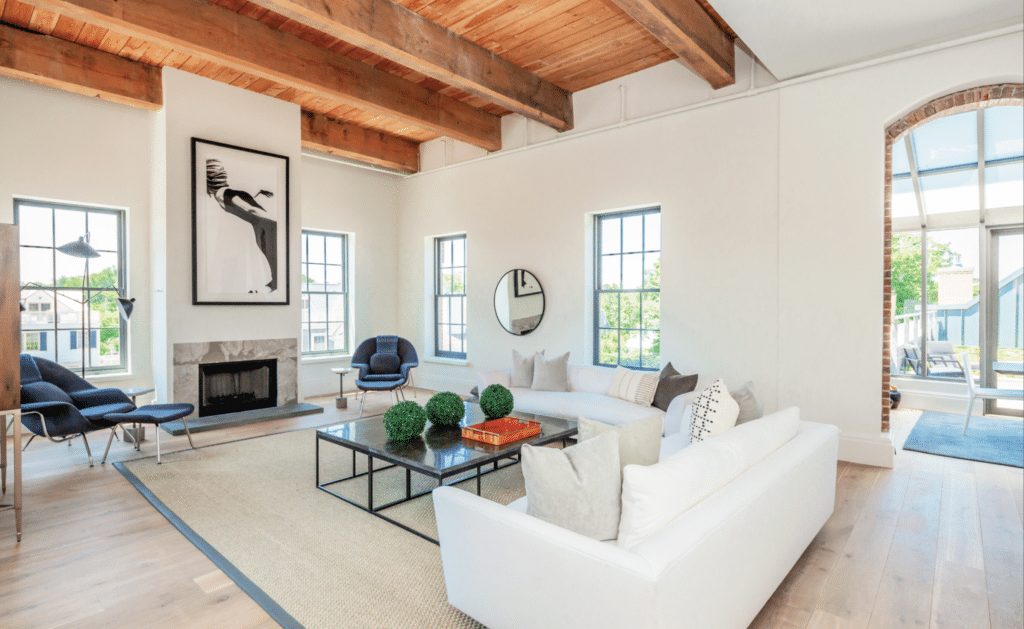 How the watchcase helped create the hottest market in the hamptons

When the Long Island Railroad’s Sag Harbor branch launched in 1870, the former whaling and shipping village evolved into a summer resort town, and later a World War II-era shipyard center. Its industrial past now a distant memory, the village has morphed into a favored retreat over the last 15 years. It’s now the Hamptons’ strongest real estate market.

Comparatively recent developments include the transformation of an old motel into Baron’s Cove, a resort epitomizing Sag Harbor’s waterfront revitalization, and a proposed three-townhouse waterfront project that includes a 1.25-acre public park at 2 West Water Street from local developer Jay Bialsky. Of earlier vintage is The American Hotel which was converted from boardinghouse and saloon into a Sag Harbor icon 40 years ago.

But nothing in Sag Harbor history has bested the redevelopment of the long-vacant, 138-year-old Bulova watchcase factory into a highly coveted 63-residence community of townhouses, factory lofts, bungalows and penthouses within one block of the waterfront, which is renowned among those in the boating community as one of only two deep water harbors in the Hamptons, the other port being Montauk.

Treasured relic
“The creation of The Watchcase resulted in an important but moldering Sag Harbor structure redeveloped into a symbol of village revival,” says Deborah Srb, Senior Global Real Estate Advisor and LBA for Sotheby’s International Realty in Southampton, N.Y. “Sag Harbor has always been a hub of activity,” she says.

“In the last five or 10 years, it has suddenly spurred a greater interest among young and old, from Palm Beach to Manhattan to Europe even. Homes have gotten bigger, urban living has migrated out east, and something had to be done with the factory,” added Srb. “The result was a bold redevelopment plan. There was nothing like it in the Hamptons.”

The factory was built in 1881, originally serving as a cotton mill, according to Srb. Later converted into a watchcase factory by Bulova Watch, it was abandoned after decades of use in 1979 and then stood vacant for more than a quarter century. But the building’s Victorian-era design and rich legacy to the Sag Harbor community were too significant to be consigned to the wrecking ball. In 2008, the village granted approval to developer Cape Advisors to launch redevelopment of the hulking but historic structure.

The redevelopment yielded a total of 47 factory lofts including penthouses within the original structure. An additional nine townhouses were constructed on the grounds. The development’s 8 bungalows are situated at the base of the townhouses.

The residences of The Watchcase came on the market in 2014. “People were so excited about this offering that they had waiting lists of up to 880 prospective buyers,” Srb recalls. “Sales people did nothing the first few weeks but write contracts. Over the next four years, they did very well. The response from buyers was a result of the building itself being of such special historical significance. But it also resonated with people who wanted a low-maintenance, concierge lifestyle at this price point.”

Contributing to success as well were unexpected extras, like the development team’s ability to place a 130-vehicle parking garage beneath the entire block that encompasses The Watchcase. All town homes and penthouses offer private subterranean garages.

Watchcase amenities include an expansive 80-foot salt water pool, a spa massage room and fitness center complete with the Peloton experience. A chef’s kitchen accompanies a private clubroom, which can be reserved for private parties. Above all, is the perspective enjoyed atop the factory, from the vantage point of the private rooftop terraces. All remaining penthouses enjoy the highest elevation of any point in Sag Harbor, overlooking village rooftops to offer sunset panoramas of sailboats on the harbor and an unobstructed view of the Fourth of July firework display.

When Srb became the exclusive sales agent of The Watchcase last year, several town homes and penthouses remained unsold. Drawing from her interior design background, Srb suggested that the sponsor add elevators to the seven remaining three-, four- and five-story town homes and lower their prices, which she considered too high.

“You enter the parking garage off Division,” Srb says. “Open your car door, and the elevator is right there. You can take groceries up to the kitchen, or bring suitcases to bedrooms on higher floors.”

The town homes mirror the classic architecture of Sag Harbor with shingled and clapboard exteriors in Colonial Revival and Greek Revival. Two penthouses remain available at $4.4 & 4.9 million with panoramic rooftop views and three terraces with more than 1,200 square feet of outdoor space. At $4.6 million, 43 Church Street is the largest town home delivering nearly 5,000 square feet of livable space.
It mirrors the Italianate architectural style and industrial heritage of the Watchcase with its red brick façade and ornamental cornices. A top-level lounge complete with an expansive rooftop deck, an outdoor shower and water views, leaves little to be desired. According to Srb, the remaining 10 townhomes and penthouses provide “a unique opportunity for yachtsmen, the boating community and those desiring industrial chic move-in ready walkability.” 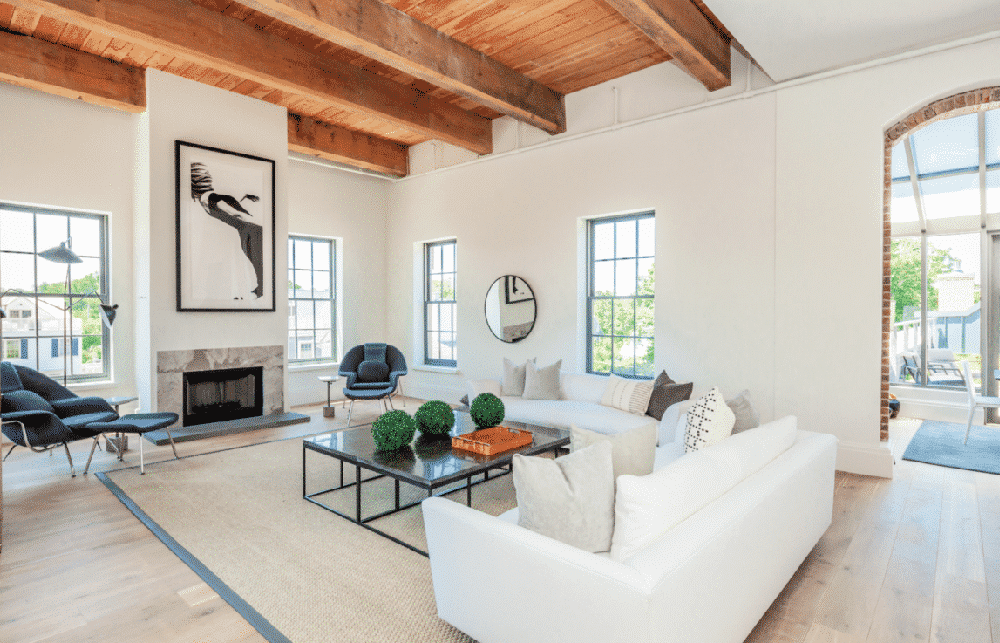 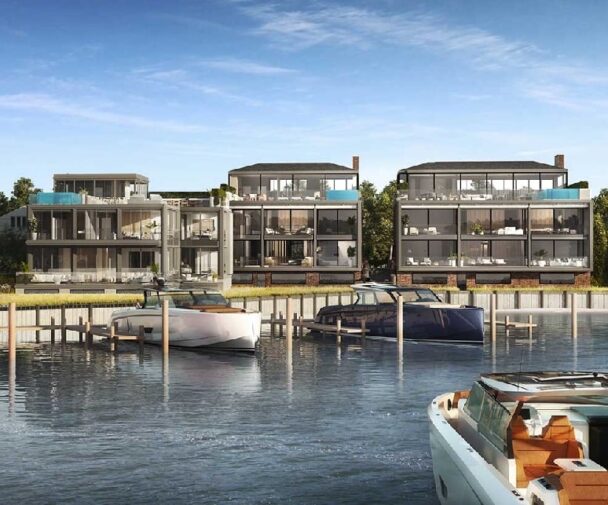 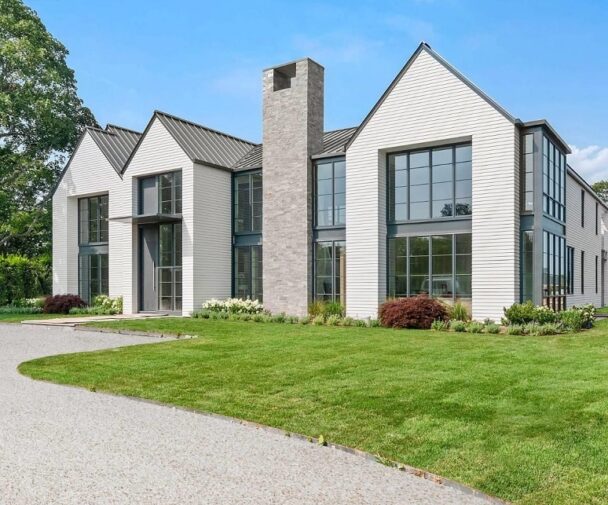 Modern by Perello. Just completed. This retreat is the latest project from the Perello Design & Build team in collaboration with architect... 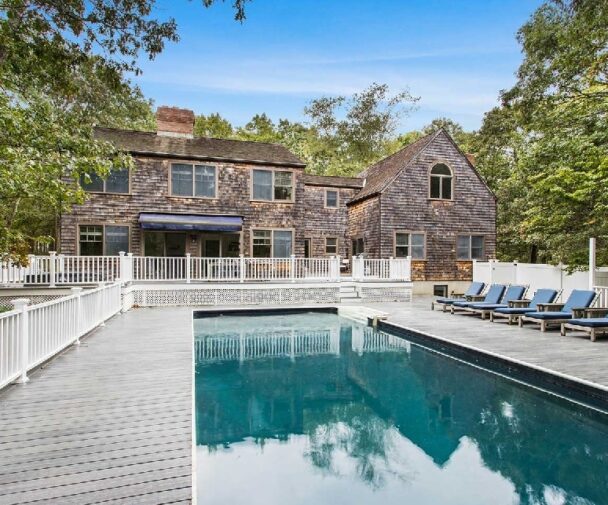