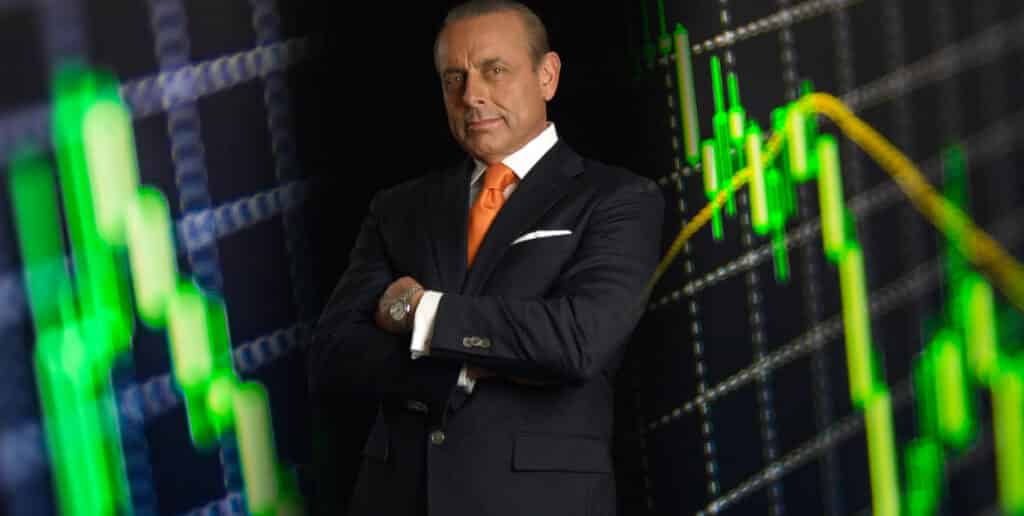 EQ’s Daniel Hilpert recently sat down with Shah Gilani, a retired hedge fund manager, Fox business news regular and editor of WallStreetInsightsandIndictments.com for lunch at DaDong and to discuss real estate and the economy.

Daniel Hilpert: Shah, it’s always good catching up with you, especially having lunch at DaDong, one of our favorite places. I took the liberty of ordering the Champagne Glazed Vine Tomatoes and Chinese Cabbage Two Ways [Mustard & Vinegar]. The Chinese Cabbage is one of the best in the City, it’s a “must try.”

Shah Gilani: I look forward to it; this is your place Daniel, I have to thank you for introducing me to it, as it’s now one of my favorites too.

DH: I’m seeing a lot of people here. Is this a reflection of our economy, or do you believe the U.S. economy is slowing—and are we facing the prospect of any kind of recession?

SG: I don’t see the economy backsliding into recession, at all. The GDP growth trend since 2015 has been solid, if not great. The low point of 2015 was Q4, when GDP growth slowed to less than 0.5%. In 2016, it rose to about 1.8% for the year. In 2017 we saw it shoot up to 2.65%. Last year it jumped to 3%. That’s a very positive trend. There’s no reason to expect a turnaround. Some slowing wouldn’t be a surprise or a worry, probably because of our dust-up with China over trade, and also that we’re now facing down Mexico on trade over President Trump’s immigration policies. But signs of any kind of recession… no, none.

DH: 2019 Q1 GDP came out at 3.2% annualized and still the equity markets backtracked. Some say the slip in equities was all China trade-war fears. From what I’ve read, it’s the result of markets seeing unexpectedly strong GDP growth in Q1 and thinking that it’s as good as it gets and that we’ve borrowed too much from future consumption and production. What are your thoughts?

SG: I think you’re right; some investors have been discounting the solid GDP growth numbers, which by the way for Q1 2019 just edged down to 3.1% on a second revision. And, yes, I think investors hedged their equity bets a little this Spring on the heels of a slow Q4 2018, at 2.2% growth, then the Q1 jump, which could be looked at as borrowing from future quarters’ growth. But, that’s superficial, in the sense that models don’t trade much based on that kind of discounting.

DH: Why not? If investors see the economy jump and then believe that jump, which came as you say on the heels of an unexpected slowdown in Q4, might be unsustainable, especially with our trade war with China heating up, why wouldn’t they discount that growth and do some selling or hedging?

SG: Because the Federal Reserve watches the markets, sees stocks trade lower, worries about what that will do to investor sentiment and consumer confidence, and consistently rushes in to apply its so-called PUT. And these days almost everyone’s trading models and their econometric models apply that Fed PUT in their calculations. So, the discounting gets discounted by the assumption of Fed easing.

DH: And that’s just what we got, wasn’t it? The Fed just saw equity markets slip, not even 10%, and they came rushing in with rate cut rhetoric. That’s the PUT you’re talking about.

SG: Precisely. Ah, this looks like our food, what did you order for our main course?

DH: That’s the Steamed King Crab, the Truffle Braised Whole Abalone, and lastly the Prime Chili Diced Short Rib. So tell me, what’s just driven interest rates down so quickly and why would the Fed come in after rates have been hammered lower by strong buying, especially of the Treasury 10-year, and talk about cutting?

SG: First, on the rapid rise in prices of bonds and the slide in rates, I think a lot of that is institutional trading. Big Treasury buyers piled into bonds to make a profit on price appreciation, and it became a momentum trade. At the same time, and this is how these big boys play, knocking down rates makes it look like investors are buying bonds as a safe haven because the trade war and a slowing economy is going to hit stocks, while bonds will rally. That’s well played. As rates came down the financial news media started talking about recession fears being reflected in the bond market, and low and behold, the Fed stepped in with calming words. And guess what? That push lower in rates, that price spike, is where traders like me sell the positions we just accumulated.

But there’s more. Sadly, in my opinion, it’s because we don’t have “free markets” anymore. The Fed is the economy’s central planner, and that’s what we’re seeing increasingly. The recent rhetoric by James Bullard, the St. Louis Fed Bank president, who just said he sees rate cuts potentially ahead, and Fed Chair Jerome Powell talking about acting appropriately, meaning cutting, if the trade wars get out of hand, in the Fed’s opinion that is, that’s their way of signaling they’re at the ready to backstop markets. Not the economy mind you, markets. It’s a real problem, in the long run, because we don’t know how markets will ever “clear” if they’re not allowed to. That means bubbles.

DH: Glad you brought up the Fed and the prospect of rate cuts. Interest rates drive our business. How’s that a problem for our business or commercial real estate in general?

SG: It’s not a problem, it’s great for you. In fact, you should be looking at a lot more business. I’m sure your transactions will increase markedly now that rates have just been trounced, as long as potential clients have not recently refinanced or over-leveraged themselves. I’m sure you also watch the yield curve. In my opinion, the flattening of the yield curve is problematic for the same reason, a flat yield curve doesn’t allow for proper risk pricing. What’s coming next.

DH: For our dessert I ordered Multi-Flavored White Chocolate Shells and Crispy Chocolate Rice Pudding. Speaking of yield curves, in my business it’s mostly about banks, though hedge funds and insurance companies are increasingly go-to providers of mortgage funds. How do you see the banks these days, especially given your hard criticism, I’d say bashing of them, during the financial crisis and during the Great Recession.

SG: The big banks are in much better shape today than at any time since the crisis, thank goodness. But the flat yield curve is cutting into their NIM (net interest margin) and trading is too up and down to be a consistent, regular contributor to earnings. They’re in good shape, but I believe they’re still over-leveraged. It’s the smaller banks that I’d be worried about. They have much different funding and liquidity profiles.

DH: True. Lastly, where do you see equities going?

SG: I see them going higher as long as the Fed PUTs are in place. If the trade war with China gets resolved, equities will rally in relief, maybe 10%, maybe 20% if the economy looks like it’s still growing. On the other hand, if we don’t get a resolution to the China trade tremors and at the same time tech stocks get the wind knocked out of them by the Justice Department and the FTC on anticompetitive ground shaking, equity markets could drop a good amount lower, as in maybe 10% to 20% lower.

DH: Then I guess we’ll just have to have you back soon to tell us what’s next. Thanks, Shah.

SG: Until next time, Daniel, thank you for a delightful lunch. 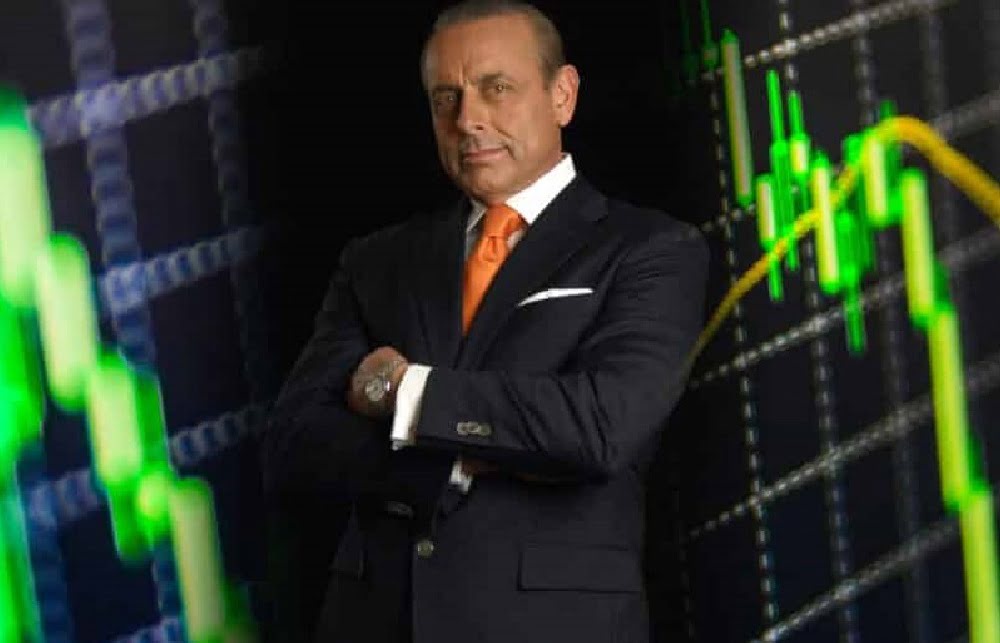 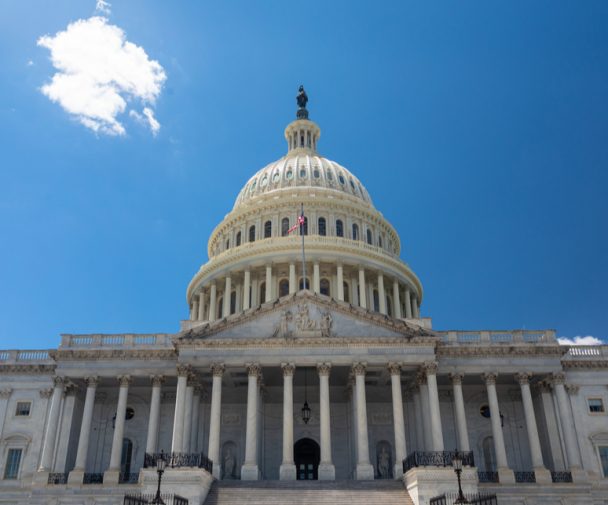 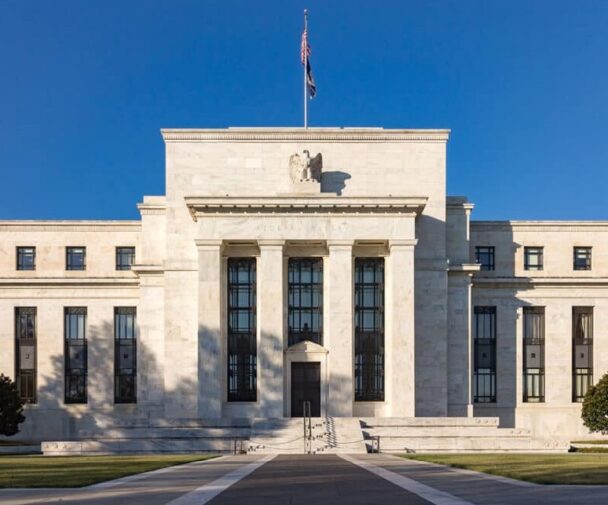