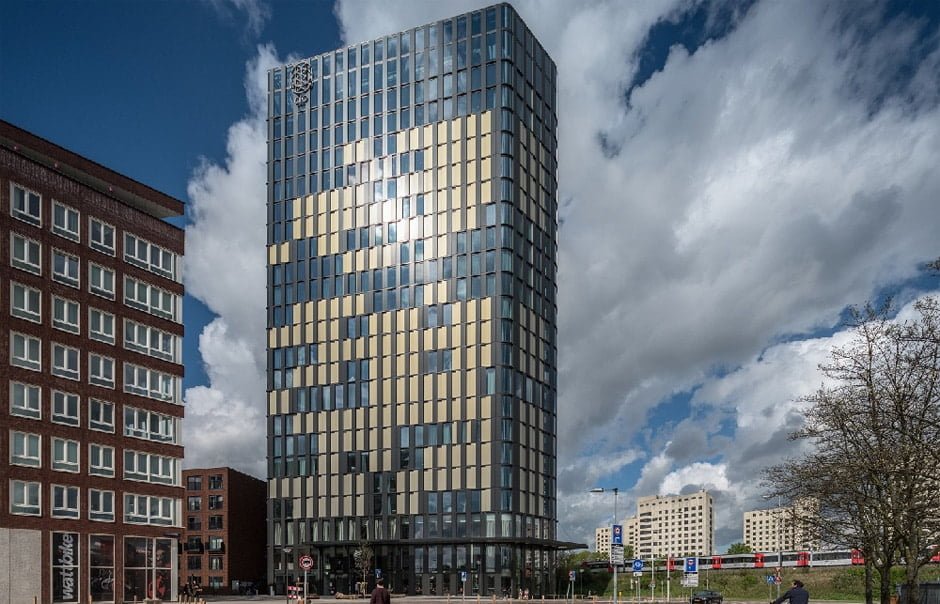 The future of hospitality, luxury merges seamlessly with sustainability at QO Amsterdam, a new design by Paul de Ruiter and Mulderblauw

In the world of real estate, the hospitality industry is leading the embrace of energy efficiency and have been for quite some time. In 2016, developers spent $406 billion on energy efficiency in construction, about 9 percent of worldwide construction and renovation spending, according to the Global Alliance for Buildings and Construction.

This impetus for change is coming from many large corporate entities, and recently,a series of companies have made pledges to mitigate their impact on the climate. While much of the popular conversation about climate change focuses on transport and energy, buildings present a significant opportunity for energy savings. According to figures from the United Nations, buildings are responsible for 36 percent of global energy use by end users and 39 percent of energy-related carbon dioxide emissions.

A front runner in this change to energy efficiency is the QO Amsterdam along the Amstel River in the Amstelkwartier neighborhood, a model for the US real estate industry, specifically, the hospitality industry. The hotel is situated in the former gateway to Amsterdam, a long-neglected area that has quickly been transformed from industrial to residential.

The environmentally conscious Dutch enacted a new zoning ordinance putting a stop to new hotel construction – the city is expecting an additional 8,000 rooms in addition to the existing 35,000 hotel rooms.New building permits need to prove that they conform with environmental standards and add value to the community.

QO Amsterdam was designed with the goal to reduce the building’s environmental impact, from intelligent windows to a rooftop greenhouse, the building holds a platinum LEED certification. It joins the ranks of 18 other hotels worldwide that have been awarded the LEED Platinum status and follow the highest industry standards.

QO is a collaboration of 2 architects: Paul de Ruiter Architects and Mulderblauw Architecten. Paul de Ruiter is no stranger to this scene, they are a regular contributor to national and international discussions on sustainability, CO2-neutral design and certification methods for environmental performance. The developer,led by Xander Bueno de Mesquita,coined the concept of Treating Life Well©, a scalable blueprint for circular urban city development, has deep rooted experience in hospitality and embraces sustainability.

Center stage of the green design is the intelligent façade. Twenty-one floors hotel consist of 819 moving aluminum panels installed outside the windows. The aluminum panels provide additional insulation on cooler days and allow sunlight in for heating purposes. The climate-control technology reduced the hotel’s power consumption for both heating and cooling. The façade is connected to a building management system which aligns and transmits information to better coordinate house-keeping, security, façade cleaning and booking.

The façade further allows up to 80% of the building’s lighting to be provided by natural daylight. This is possible through the position of the building’s systems around the center core, allowing the residential spaces located on the edge of the building to have direct access to the sun’s rays.

A system for long-term underground energy storage called the STES (seasonal thermal energy storage) was installed 70 meters underneath the building. Water, heated or cooled by the outside environment in the summer and winter, respectively, that is not needed is stored underground until a time when it is needed. The water is then pumped back up to the hotel for use as radiant climate control in the ceiling.

This ceiling system, starts as a capillary system which was incorporated into the building’s concrete structure, consisting of small pipes through which the hot and cold water is pumped. Through the radiant ceiling system, the sustainably generated residual heat and cold create a pleasant climate inside the structure.

Not done with water yet, QO boasts a greywater system to reduce wastewater. The shower and washbasin drainpipes are connected to the system in the basement. There, the greywater is filtered and reused to flush the lavatories. A greywater buffer storage of 10 cubic meters is always available in the basement to handle peak load.

Going to the roof, the greenhouse atop the building is a living illustration of what circularity can mean in actual practice. The greenhouse grows vegetables, fruits, and herbs. Urban farming is not a new concept but its use in the hospitality industry has been limited, further demonstrating the completeness of the design.

QO does not only generate energy in a technical sense, but its climate responsive façade gives it a distinctive signature – harvesting and storing the sun’s energy -one of Paul de Ruiter’s signature designs. It’s a successful collaboration between a team of architects and developer who understand the value and execution of sustainability and that it not all about the technology behind the energy efficiency and metrics by which efficiency is measured, but by livability, circulation, natural light, how the building relates to its neighborhood.

With luck, perhaps some of these designs may deign to visit us. 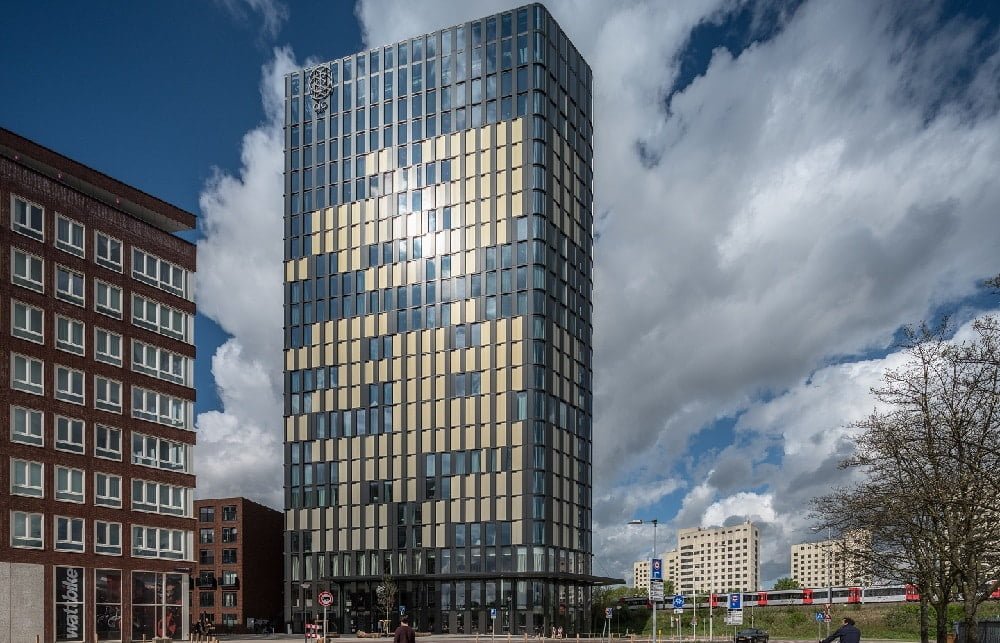 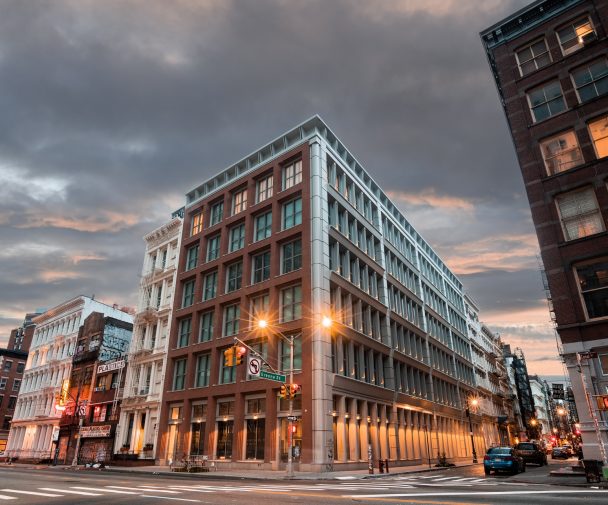 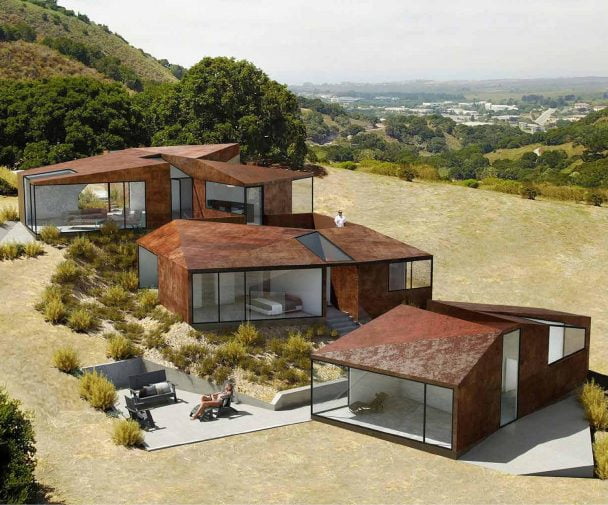