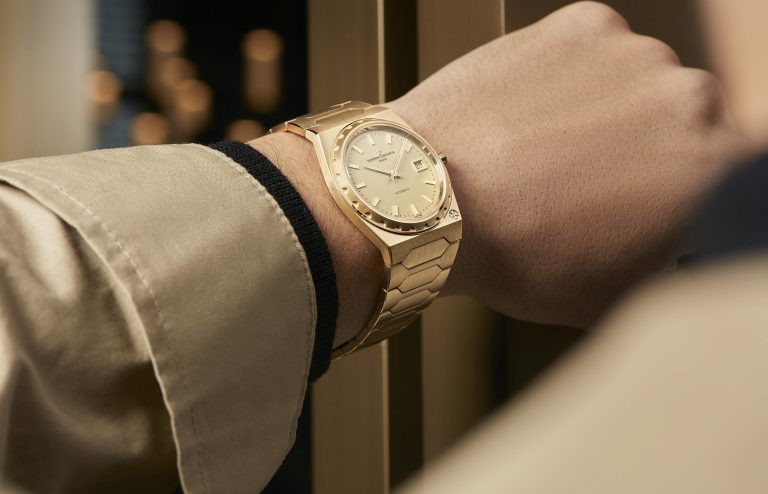 Over the last two years, the pandemic prevented the watch community from gathering – as they normally would – in the early months of the year, be it either in Geneva in January at an event formerly known as Salon International de la Haute Horlogerie (SIHH), or in Basel, Switzerland in March at the now quiet (but then, loud, and boisterous) Baselworld. For two years, collectors, enthusiasts, and members of the watch press instead sat in front of computer screens while brands did their best to show off their new product, often times in lighting that wasn’t optional. But all of that changed this year when a combined show was introduced for the spring season in Geneva.

Watches & Wonders was not a new concept. It happened in Switzerland last year – albeit virtually – and had been running in the United States in Miami for a few of years prior to that, as well as in Shanghai. But this year’s fair would be the first time the majority of the Salon International de la Haute Horlogerie (SIHH) exhibitors – many being under the Richemont umbrella alongside several independent brands – would join forces on an international level with likes of brands such as Rolex, Patek Philippe, Chopard, Chanel, and the majority of those under the LVMH label.

All in, the fair was a (mostly unmasked) success for all in attendance (which was, as usual, only those invited). And aside from the glitz, glamour, and sheer gloriousness of the majority of the booths on premises, many of the attending maisons brought their “A-game” when it came to their new releases. Below are four watch highlights from Watches and Wonders Geneva, 2022. 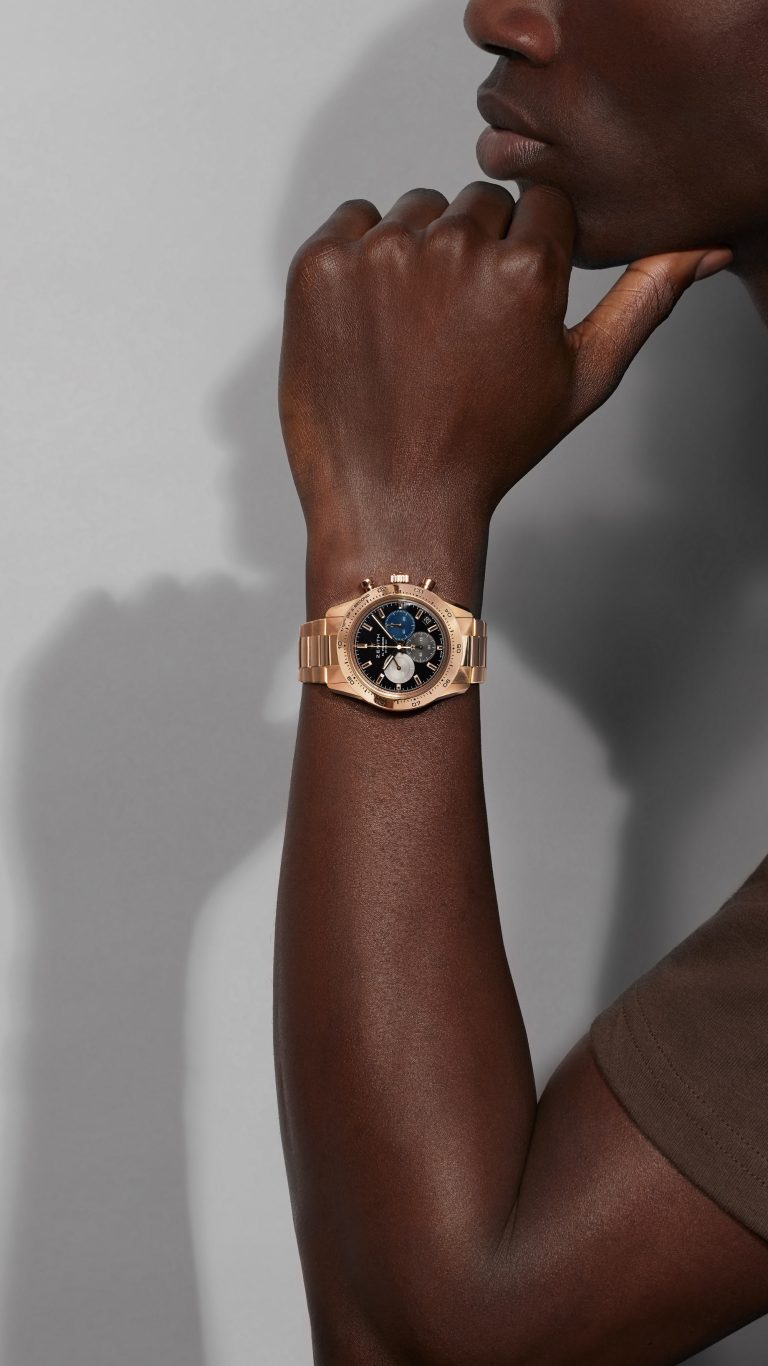 The Zenith Chronomaster Sport Gold
Zenith celebrated their position as the “Master of Chronographs” at the 2022 edition of Watches and Wonders Geneva with a beautiful exhibition outlining the brand’s history and a “clinic” that allowed attendees to participate in a mini-watchmaking class. The brand also released their newest novelties and the Chronomaster Sport in 18K rose gold with a black dial, which was a huge hit amongst the masses. An icon in the making, the all-gold Chronomaster sport boasts an El Primero 3600 automatic movement, power reserve of 60 hours, date indication at the 4:30 mark, stop-second mechanism, and is water-resistant to 10 ATM.

The Vacheron Constantin Les Historiques 222
In my opinion, one of the most talked about watches to come out of W&W has to be the Vacheron Constantin Les Historiques 222, and with good reason. The centuries-old brand unveiled this “sport watch” with an integrated bracelet originally back in 1977. The timepiece was dotingly labeled the VC “Jumbo” over the years by watch collectors. This year’s release not only pays homage to the original, but in all 18K gold with a 37mm case, a 40-hours power reserve, and the in-house 2455/2 movement, the 222 feels as modern and as relevant as ever.

The Panerai Submersible QuarantaQuattro eSteel™ in Grey
This was the year that Panerai changed my mind about their timepieces. The new collection of Panerai Submersible QuarantaQuattro watches in their trademarked eSteel™ were all sublime, aesthetically, but in a world inundated with blue and green dials right now, the grey (or, “Grigio Roccia” as the brand labeled it) edition sent me swooning. Three-day power reserve, 300-meter water resistance, and an eco-friendly box that doubles as a travel carrying case? Yes please.

The Rolex Oyster Perpetual GMT-Master II
Likely the most popular left-hand watch ever released, the Oyster Perpetual GMT-Master II by Rolex made a HUGE splash in Geneva, and practically broke Instagram in the process. The black dial and two-toned Cerachrom black and what we call “Starbucks” green bezel is not an uncommon one for Rolex, but introducing such a watch with the crown at 9 o’clock in lieu of 3, well, that was almost too much for the enthusiast community to handle. Equipped with the calibre 3285 and fitted with an Oyster bracelet in Rolex’s “Oystersteel,” it was a win for the brand. But then again, when was the last time Rolex had a loss, right?

These were four of the major players who made waves at Watches and Wonders but all in all, so many brands – both major and independent (Ulysse Nardin, Jaeger-LeCoultre, Ressence, Czapek, just to name a few) had earth-shattering releases. 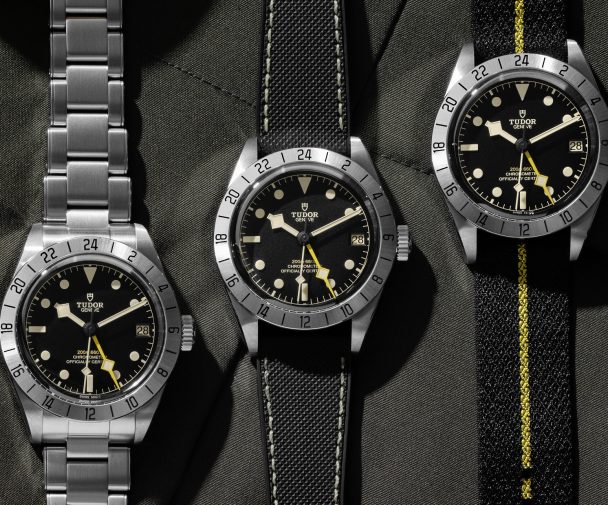 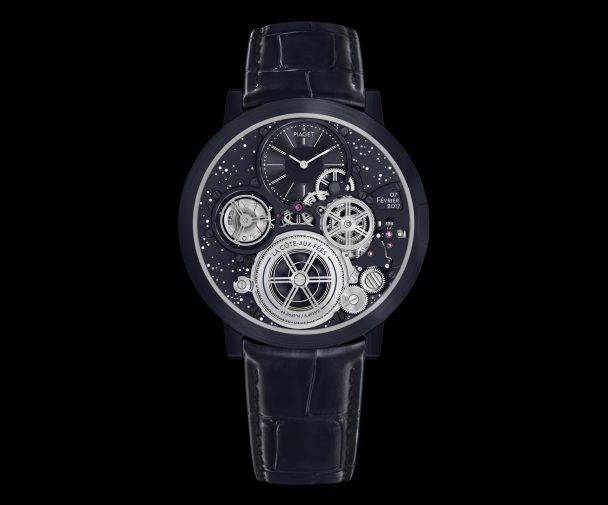